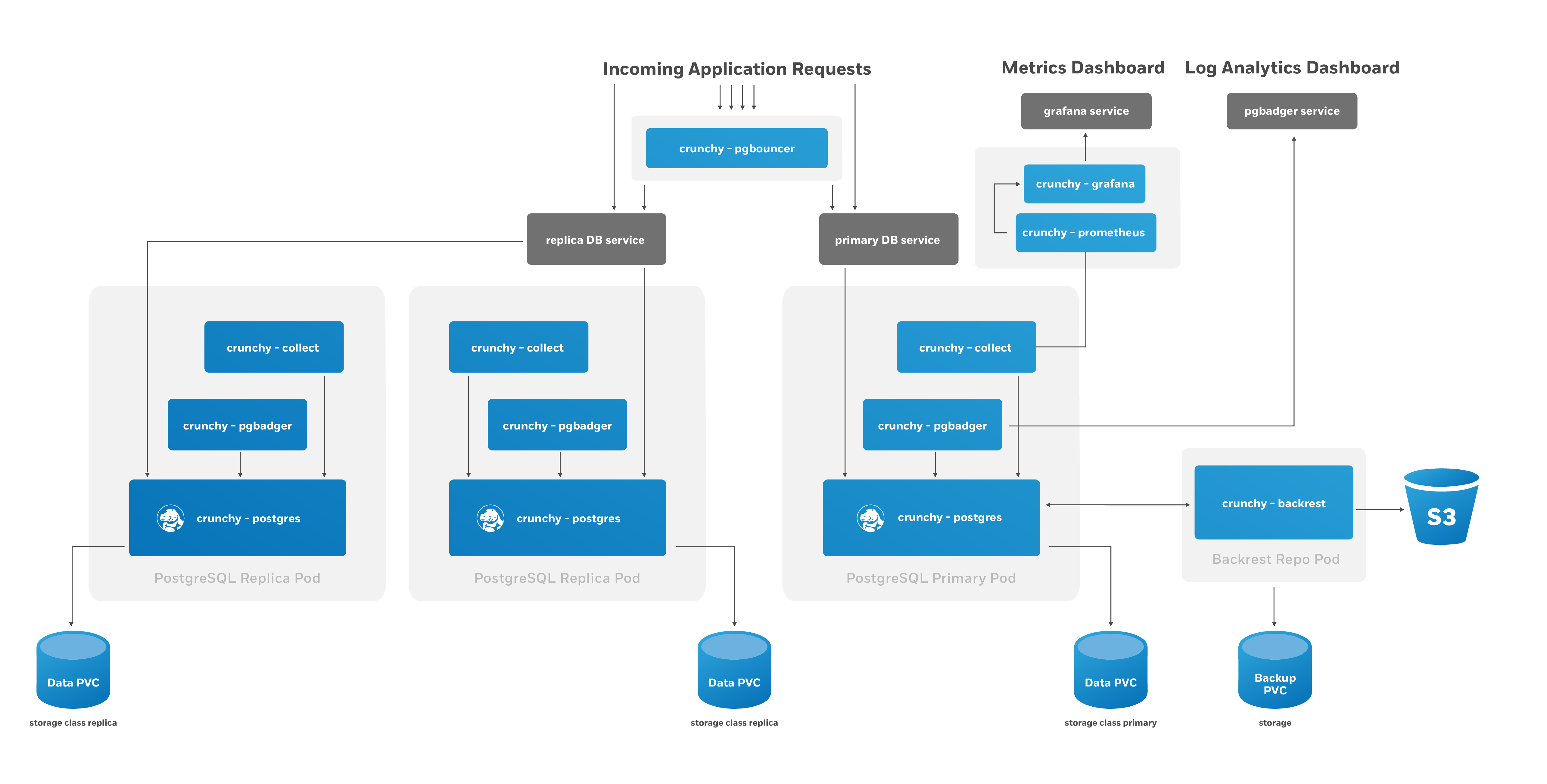 The pgBackRest repository can be configured to use storage that resides within the Kubernetes cluster (the posix option), Amazon S3 or a storage system that uses the S3 protocol (the s3 option), or both (posix,s3).